Managing to get some sleep the previous night, we awoke for the second full day of our trip. After a busy first two days we decided to try and take today a bit easier, and after a lie in made our way to the Eden Project near St. Austell.

Although it didn't seem far on the map, it still took us an hour to get there. Upon arrival at this former quarry pit that has been converted into an ecological attraction, we made our way down the slopes and after entering gained view of the two biomes and surrounding landscaped gardens. 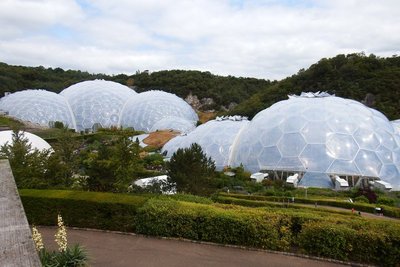 We started by exploring the gardens, which contain plants from the local area and the country as a whole, before making our way to the Tropical Biome. In here, there are an array of tropical plants, and a few animals that live in a tropical climate, kept at 28˚C and at the correct level of humidity. 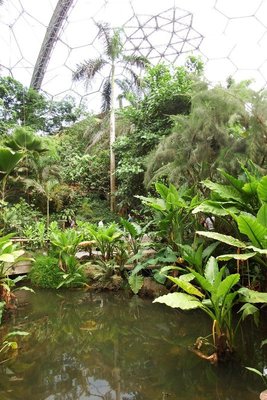 Inside the Tropical Biome

After viewing the interesting alternate climate, we crossed the bridge and entered the Mediterranean biome. Less interesting as we had seen this climate for real many times, it was still clever how the plants can survive outside their natural area and it was very well kept.

Eventually we headed back to the car to continue our journey for the day. Our next stop was not far away - the small fishing village of Mevagissey, around 20 minutes on the other side of St. Austell. 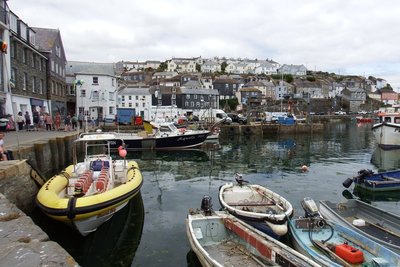 We didn't stop long here, but enough time to wander around and get a feel for a real Cornish fishing village. Our next stop was Falmouth, which still took almost an hour to reach. Here we would stop at the Pendennis Castle, with views over the estuary where many small boats are moored.

By this time it was getting late so after driving back through Falmouth, through some of the streets that felt like they belonged on the other side of the English Channel, we headed back to our hotel. 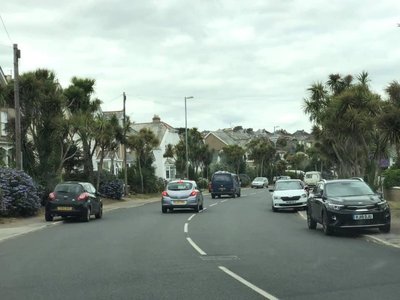 After having dinner at the restaurant next door we chilled for the evening when a sore throat started to come on! The following morning after a nice rest the sore throat was still there but nevertheless we progressed with our final full day in Cornwall.

We first started at St. Michael's Mount, a tidal island located off the coast near Penzance. Wanting to be able to walk along the causeway we checked the tidal times and thus went there first thing. 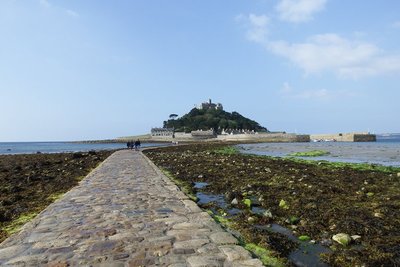 After parking we walked along the beautiful causeway and walked into the port where the shops were beginning to open. It was a very small quaint place and after buying some souvenirs we continued with today's trip by heading down to Land's End.

Although it didn't seem far on the map, again it took much longer than expected. After about 40 minutes we arrived at the very commercialised attraction, bought some souvenirs, and took in views of the last point on Great Britain. 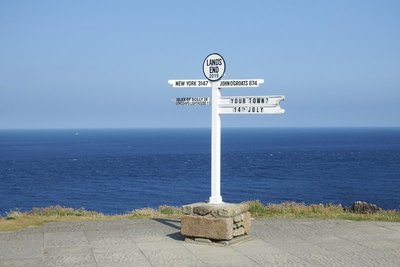 The next place on our list was the Minack Theatre, located just around the corner. This theatre is built into the cliff face and has beautiful views of the sea and nearby beaches. At the time we were there, rehearsals for the next play were taking place so we got to witness a performance without having to pay for it! 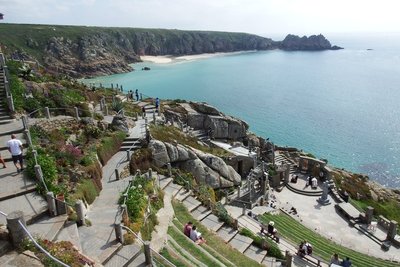 After this we headed down to Lizard Point, the southernmost point on Great Britain, and the only bit located below 50˚N. Unlike Land's End this was not as commercialised, but still had stunning cliffs. 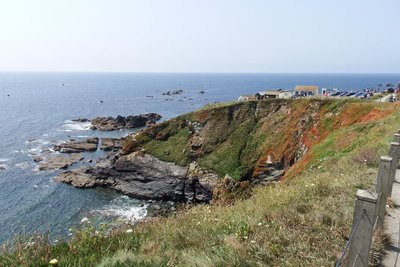 On our way back from Lizard Point we stopped off at Loe Bar, a tombolo which has created a lake in a former estuary. 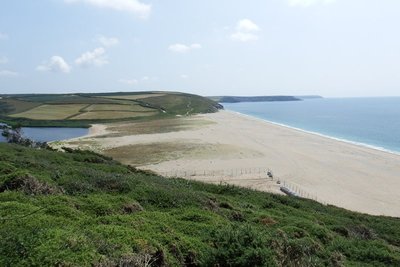 After walking along the Cornish coast we had just one more place to visit whilst down here, and that was the town of St. Ives. By this time however I was fed up of the other tourists, from being downright inconsiderate to the worst of what England can offer. It's almost as if all the manners that English people have suddenly disappears the moment they are on holiday. Everytime we saw some nice people, they turned out to be foreign!

Upon arriving in St. Ives it was a mess. Car parks were located all around the town, which was completely incapable with coping. It has small winding extremely hilly streets which end up on the main promenade, full of people who couldn't care less if they were about to be ran over. And yet there is no way around it, as there is a one way loop. When you eventually end up where you need to be it turns out the car park is full anyway. What the town needs is a large car park outside that can cope with all visitors, with a bus/footpath into the town. All roads beyond this point being pedestrianised and for locals only. The amount of money that the council make from car parking could easily fund this but simple disorganisation and mismanagement prevents it.

To make matters worse, when we finally found a car park with spaces, the machines went down preventing anyone from buying a ticket. However as the town did look beautiful we went out of our way in order to pay it a visit.

We didn't stay overly long, with the skanky tourists, the harassing seagulls starting to grate, as well as the time getting on, so after a walk around the town and relax on the beach we headed back to the hotel for dinner and a chilled evening. 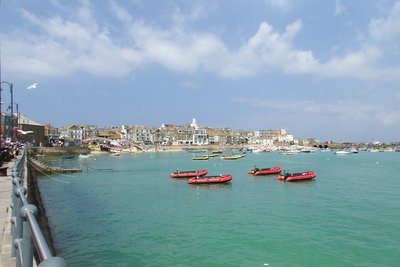 After breakfast the following morning, we got the rest of our bits together and headed on our way back home. Again this would take hours, so we made a few stops en route.

After an hour we still hadn't reached where we left the main road to the Eden Project, but the further we got out of Cornwall the better the roads tended to get. We branched off as we got to the Cornwall/Devon border and headed into Dartmoor. Again many winding roads, but as we drove through the moorland we did see lots of scenery and wild animals. 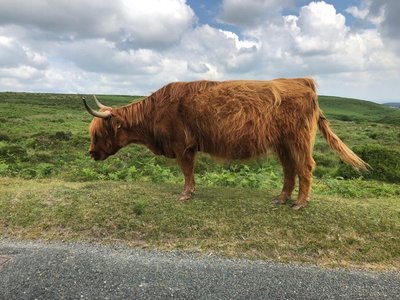 After a brief stop at the visitor centre we continued the long drive through the winding roads of Devon, before eventually making it towards Exeter, and onwards home. Managing to dodge an 90 minute traffic jam by whizzing around the local roads near Salisbury we eventually made it home just before rush hour!

850 miles in the last five days, but we had managed to see such beautiful scenery. Had the other tourists not lost their manners it would have been more enjoyable but it was still a nice trip away.