Britain in the Sun

Going into Gibraltar was a bizarre experience, and despite crossing many borders before, this felt completely different. My hotel was just a 5 minute walk from the border, but as you get closer to the border itself you pass a massive car park where many Spanish day trippers park and walk into the territory. The closest thing I can relate it to is entering a theme park. As you get closer, the crowd gets bigger and bigger, and in the distance you can see the place that you are entering (although rather than the rides, this was the Rock itself). You then whip out your passport and without stopping walk straight into a different world. 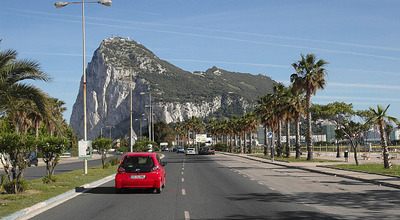 Gibraltar to me felt very much like a colony, and I imagine it would be very similar to how Colonial India must've been (although obviously with Spanish features, rather than Indian). Despite Gibraltarians being overly British with more Union Jacks flying than I see in London, there is still a very Spanish presence, particularly in regards to the language heard on the street. For instance one local was talking to her child in English, except using the word "¡Vale!" (Spanish for 'ok') in mid flow. Going to the supermarket I then assumed the woman serving me was a worker from Spain, as she spoke what seemed like native Spanish to the lady in front of me, however once serving me she then spoke to me in the clearest native English I've ever heard! 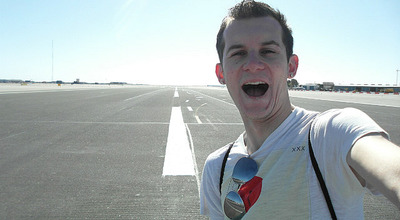 Crossing the airport runway just minutes after a plan had landed on it, I made my way into Gibraltar Town once again and headed over to the Rock itself. I had already decided the best thing to do would be to take the cable car up, and walk back down - with the ticket lady even telling me "Yes, this is the best thing to do", despite the fact she could have sold me a more expensive return ticket! 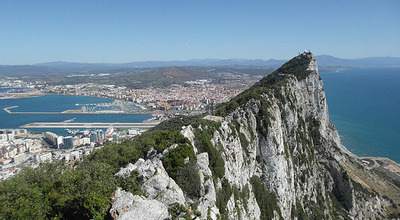 I then arrived right at the top of the Rock, with superb views of the surrounding area, and then walked around seeing the Monkeys and going into the caves and forts that told the story of the importance of the Rock throughout history. 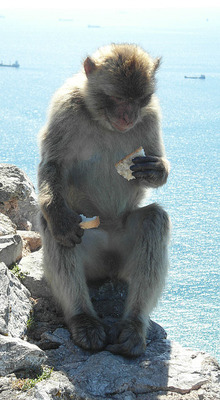 Eventually arriving at the bottom, back in the town, I did a little more souvenir shopping, ate and then headed back to my hotel room. However this is where my biggest mistake of the holiday had become clear - Despite heading over to Africa, I had forgotten all about sun cream!

In my defence, the weather at home was pretty miserable, I was only going for a few days, and I was not sunbathing! However my nose by the last night had become so scorched that a blister had developed and burst, leaking all night, and as I was sunburnt on every side of my face, there was no comfortable position to lie, added to that I was absolutely shattered, and there was a fly in my room had decided to land on my face every time I was almost asleep (oh, and as I said, it didn't get dark until really late at night), you can imagine the quality of my sleep that night!